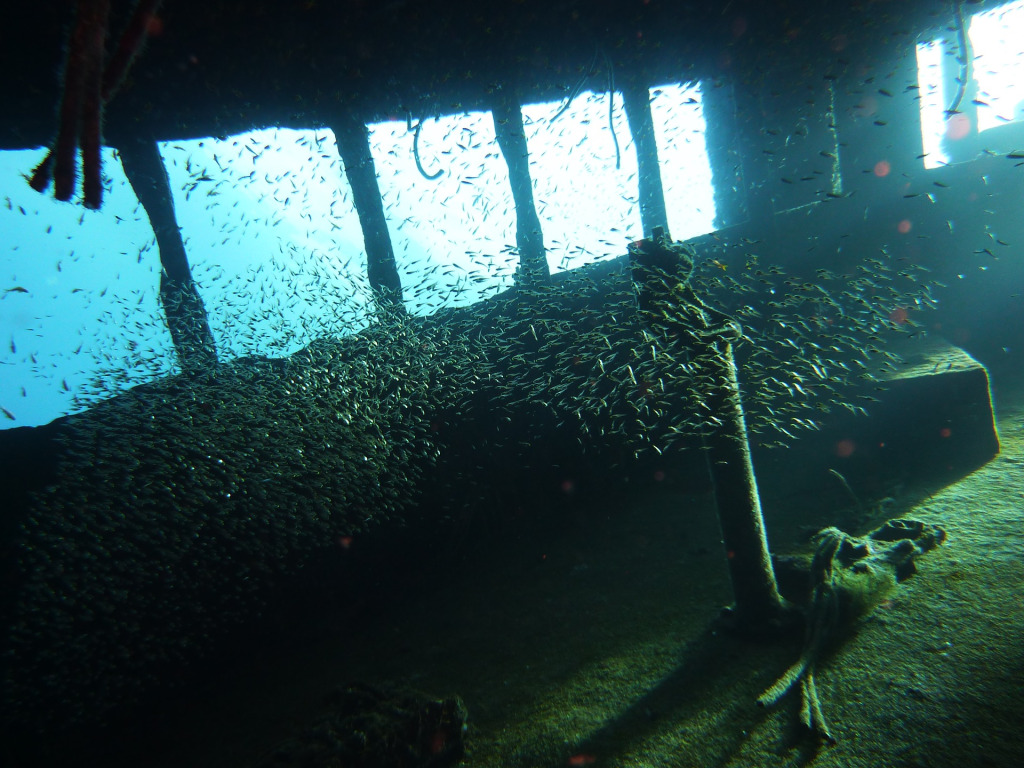 Wreck diving is a unique pleasure for most scuba divers

In most cases, the wreckage also carries a story related to itself. And is often historically important. This is why they are a favorite target of professional as well as recreational divers. Most often, interesting wrecks are not found near the coast. And they are usually not in shallow water. Because of this, there are several important things to keep in mind to make wreck diving interesting and safe.

Recreational divers often want to dive on a wreck that is beyond the scope of their diving certification. If the wreck is at a depth of 65 to 85 ft and you have a beginner qualification (OWD), you should not dive on that wreck. Yet, the diving master will sometimes inadvertently let you dive into the wreck in question. This situation can be risky for inexperienced divers and is by no means recommended. Of course, there is a big difference in abilities and experience among divers who have the same diving categories. It’s not the same to have 10 or 80 dives (plus a few dives on wrecks). Yet, regardless of experience, it is important to stay on your own diving qualification to have a safe wreck dive.

Although some wrecks are within the depth limits of your diving certification. This is no guarantee that you can safely dive into them. Diving in some wrecks is not demanding because of the depth. But because of the currents of the sea, the holes in the wrecks through which divers enter. Also, the sediment that rises by swinging its fins. In such cases, your experience, especially the wreck diving experience, is important. If you have not been diving in a wreckage or have very little experience with them. Gather experience on less demanding wrecks, regardless of your diving certification.

Diving down to the wreck

When diving into a wreck, it often plunges down a rope that fixes at one end to the wreck itself and held on the surface by a buoy. If there are no strong currents and the visibility is good, go down the rope and try to capture the wreck from above. Often this is the best view of a wreck that remains in your memory. If there is no rope and you are going down into the blue (no visual contact with the wreck at the bottom). Keep an eye on your buddy and a diving computer (control the depth and speed of the dive) and track the currents of the sea. When you come to the wreck, find out what the currents are like and plan a detour and descent accordingly.

Tour around the wreck

You will get the best picture of the wreck from above, but also if you step away from it and look at it from the side. Try to create a picture of the wreck and then go sightseeing. Consider sea currents and, if you intend to visit the entire wreck and finish diving at the starting point. Head in the opposite direction to the current so that the return current is helpful on your return. For safe diving, always stay close to the wreck and never go far to lose sight of the wreck. The most interesting parts of the wreck are certainly its equipment. Any weapons or cargo transported, followed by engines, anchors, propellers, control cabin and the like. Before diving into a particular wreck. It would be advisable to get some info about it. What to look for and where it’s located. Also, pay attention to the living world of the wreck. Sunken objects are usually real artificial reefs full of life.

After creating a picture of the wreck and its dimensions. Divers like to take a peek and enter (if possible) the cabins or cargo premises of the wreck. Keep in mind that entering the wreckage is only allowed to technical divers. While recreationists have a certificate that only requires a tour of the wreck. Yet, it is clear that some well-lit wrecks with wide openings and passageways can also be researched by recreational divers. In doing so, attention should focus on the width of the space you enter and the light. If you do not have your own diving light, you do not enter the dark quarters of the wreck! Waving the fins will raise the precipitate from the bottom and completely reduce visibility. Often to just a few inches. This situation is dangerous. Wreck diver accidents are most associated with such cases. If you enter the dark rooms of a wreck and have a diving light. it would be advisable to tie Ariadne’s thread to the entrance and move around holding it in your hand. This way you can go back when the precipitate rises and visibility decreases. It is important to note that wreck diving and entry into wreck rooms need excellent buoyancy control.

Divers are using underwater cameras to perpetuate their underwater experience. When photographing a wreck, it would be best to have a wide-angle lens. To capture the entire wreck in one shot (from above or from the side). Also, to take photos inside the wreck you will need extra lighting, so keep that in mind before diving. Want to make good photos in the wreck. You must arrive first at the entrance of the room you intend to photograph. With a few divers in the room, the visibility will drop dramatically. Read more about underwater photography.

Back to the surface

When diving in the wreckage. It is important to keep in mind that you will spend most of your time at the largest depth of your dive. (Except for deep-wreck technical diving. When most time is spent returning to the surface due to long decompression breaks.) And most often the ‘three-thirds’ rule should be followed for a safe wreck diving. This means that you use one-third of the air in the bottle to dive and tour the wreck. The second to return to where you will start the ascent. (most often it is the place where you landed on the wreck.) And leave the third for unforeseen situations, ascent and safety stops. Of course, this rule should be aligned with the depth and time of the dive and your air consumption. In the case of deep wrecks and repeated dives. Decompression pause will be longer and this should be taken into consideration. Also, you should count on sea currents and possible surface waves. The wreck is often far from the shore. This often makes it more difficult to get close to the boat you dive from.

How to progress as a diver in the time of COVID?