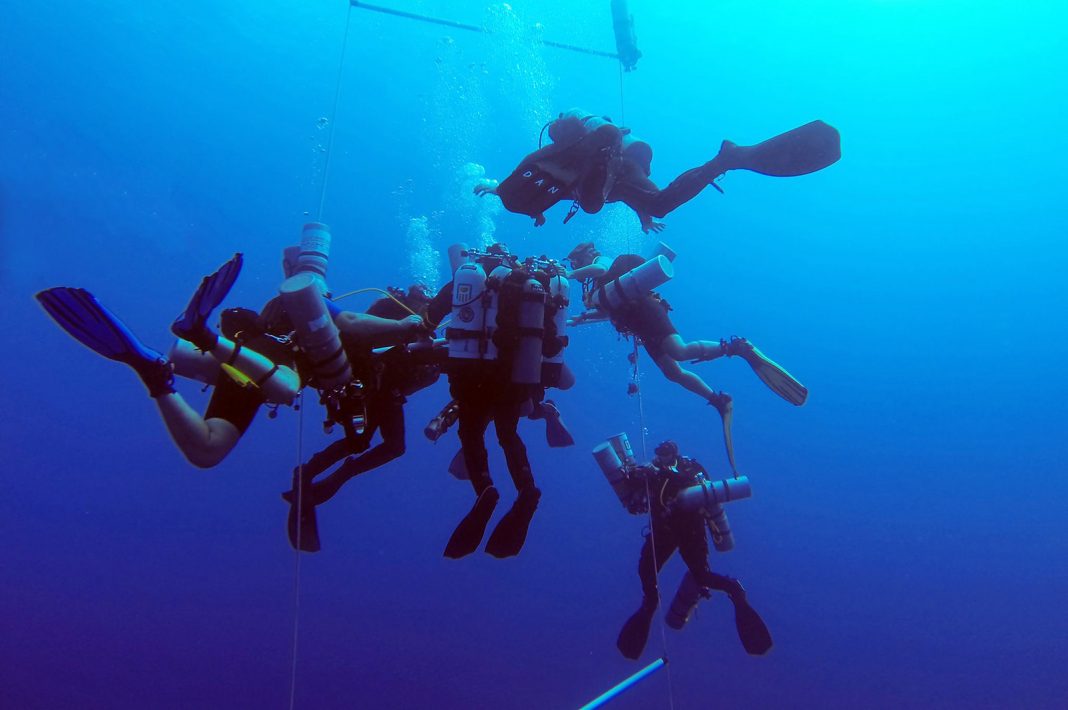 World record for the deepest dive has become suspicious

For several technical divers, this record looks very suspicious, so they began to carefully study all the available recordings, data, and statements. Many rumors and debates have developed over time about the credibility of that dive. As well as the validity of the video. Back in 2014. Ahmed Gabr dived to 332.35 meters, breaking the previous 315-meter record held by Nuno Gomes. And now, this issue has finally received serious media attention.

The scam may have been planned in advance?

Over the past few weeks, a small team of technical divers who wished to remain anonymous at this stage, have taken the time to analyze all the videos of this dive. Along with other publicly available sources, they provide astonishing insights into the veracity of this record dive. What makes this story even more compelling is not the fact that this could have been a failed record attempt, but that the scam may have been planned in advance. They claim that their team did not intend to break the world record. But to convince people that the record has been broken.

At this stage, we will emphasize that we are simply reporting the facts and evidence gathered by a team of technical divers called “Scuba Sam,” and Scuba Diving Corner strives to be impartial in our approach. Therefore, we also tried to contact Ahmed Gabr to request comments in preparation for the publication of this article. But to date, no response has been received.

Scuba Sam’s analysis is broken down into “episodes”, and we will briefly publish what they problematize in the mentioned dive.

How it all happened

The first thing that caught their eye was the mark taken from the target depth. As well as the signal is shown by Ahmed Gabr to Jaime Brown (who recorded the dive), they did not show the same depth. Gabr showed a sign for 350 meters, and the depth mark was marked with the numbers 335. These numbers indicate the depth in meters at which the mark was placed.

The next issue team from Scuba Sam sees is the screen of the Scubapro diving computer. Namely, the depth of 330 meters is visible on the screen. And the upper and lower corners of the screen are blackened. So the current depth, diving time, and temperature cannot be seen. The question is why this cannot be seen in any part of the footage of the disputed dive.

Furthermore, the divers from this team believe that the footage clearly shows Gabr inhaling the wrong gas from the tank. It’s clearly visible that he did not switch to the gas planned for the current depth according to the diving plan. And this did not bother him at all. They claim that, if it was a mistake, Ahmed’s team would react and warn him about it. And he himself would quickly notice something like that.

Of course, a detailed analysis finds more problematic situations. But we will stop here and give time to the record holder and his team to explain these illogicalities.

What do you think? Is the deepest dive in the world fake?

Thanks for reading! Check out the great underwater sculpture by a famous artist here.