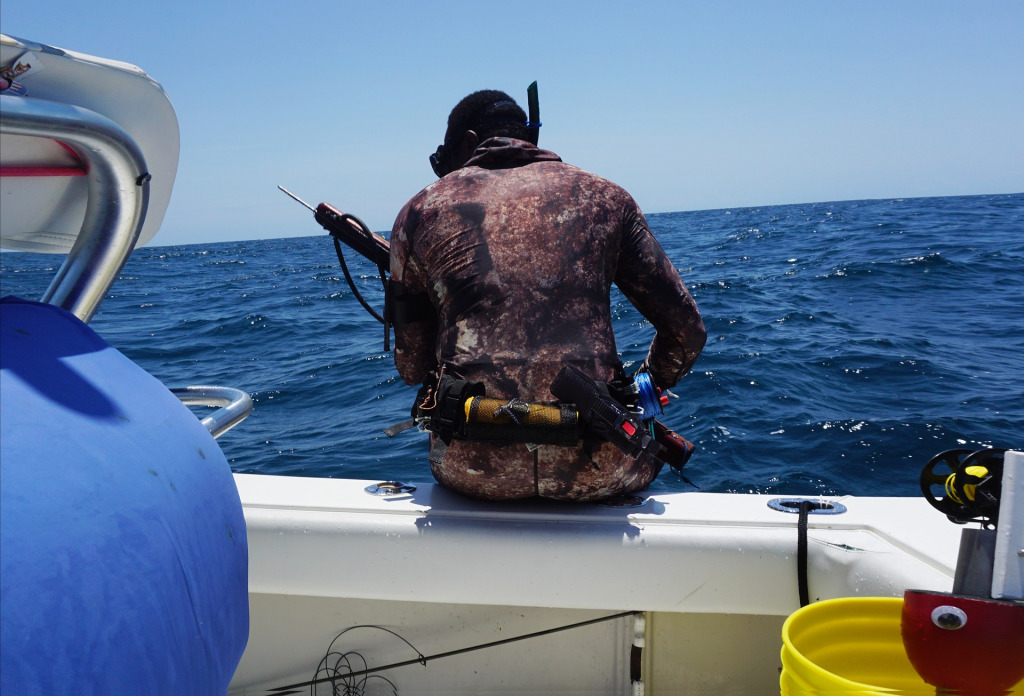 Among the underwater sports, spearfishing is definitely one of the most popular and fastest-growing. Spearfishing with the use of an underwater rifle is one of the most acceptable ways of hunting. There are some spearfishing safe rules, but the hunter-prey relationship is fair: each with his own strength! No snipers, special night sights, infrared and other aids. It’s indeed a skill and art to outsmart and catch prey with the underwater rifle. Only especially good divers are really profiting in this sport.

Since spearfishing and diving belong to “extreme” sports. There is a potential danger present. Thus, some rules should be followed. To prevent accidents that often result in fatalities. Especially in the more inexperienced and less prepared underwater hunters.

Anyway, we all heard some unwelcome news. Every now and then bad things happen. Someone loves the ocean so much, that they will embrace it forever! Most often it is during the summer months. In the season of holidays and tourism when the water is warm and the days are long. At one point, the best divers may forget about some of the rules of the sport or overwhelm by their passion. Passion is stronger than caution, reason, and experience. Love is too strong to measure with drops of caution or reason. Diving medicine and daily dive practice are sometimes not well understood. But there are rules to remember from time to time.

Hyperventilation during breath diving and spearfishing

The biggest enemy of all divers is hyperventilation or excessive breathing. All underwater fishermen should follow the rules for safe spearfishing, although they want to stay underwater for as long as possible. They have learned from experience what to do and how to do it. Before the dive, spearfisherman takes 15-20 deep breaths and exhale or hyperventilate. It thus expels air from the lungs with much more carbon dioxide. And breathes the clean air from the environment. Due to hyperventilation, the amount of carbon dioxide. The gas that stimulates breathing, reduces before the dive. So delayed breathing centers will receive a signal that the amount of carbon dioxide has increased. That it is time to emerge.

Breath divers are deliberately hyperventilating because they want as much time under the sea as possible. More time under the sea also means an opportunity to spot and catch fish, but also more time to spend oxygen. There is almost no chance that the breath diver will faint due to a lack of oxygen. As elevated general pressure at sea will always result in a high enough oxygen pressure. which will maintain consciousness. Besides, the desire to breathe, which is a consequence of an increase in blood carbon dioxide levels. Will always occur before a critical lack of oxygen is created that would cause fainting. And the diver will always emerge before falling unconscious.

If diving is preceded by hyperventilation, it really extends the dwell time in depth. as well as the oxygen depletion state. which is evident near the surface, where the general pressure is also lower. The diver falls unconscious and sinks. If there is no one nearby, unfortunately, it sinks and drowns without anyone being able to help.

In underwater spearfishing, a diver goes in action on his own, and rarely in pairs. This circumstance is an extra risk factor. If something goes wrong, there is no help on the side. Thus, it is important at no point to think that nature can be deceived by any trick, procedure, maneuver or deception. That you can go against the laws of nature or your own physiology. Easier said than done, to resist the moment in a unique opportunity. Those who have not tried do not understand. The power of underwater challenges is immense! But you should always follow the rules for safe spearfishing.

Choosing the appropriate diving equipment for spearfishing can be challenging. It requires both knowledge and experience. You need to know how to choose the appropriate diving suit. Smaller volume mask that fits in well with your face and will not leak. Make a wise decision on how many lead weights to carry, not to compromise positive buoyancy that is so much needed on emergence. Choose the right speargun, fins, knife… Underwater fishermen dive all year round. So for them, choosing gear is a constantly changing task.

Surface insurance while you dive

Surface security means having a suitable vessel in the dive site. Capable of rapid maneuvering. A person capable of assisting in returning to the vessel. To receive gear and catch. It is also important to have first aid equipment on board. It is also important to have a diving buoy with a safety rope. And signaling equipment from the vessel in case of an emergency. A boat escort can call for help with a cell phone or radio station. But what if there is no companion? Who will call for help? The paddle boat is not suitable for underwater fishing. As the ability to move quickly is expected to accommodate a potentially endangered fisherman. Unfortunately, not even a fast speedboat, nor a very competent partner. Not guarantee that help will provide on time. A diver can faint below the surface and sink so fast that his colleague will not even notice him. Although not providing absolute security. The signal buoy with a rope tied to the diver significantly increases the chances of salvation in the event of threatening danger.

A diver needs to learn and know when it’s time to quit. It is easy to indulge in the passion and beauty of the adrenaline rush. Sometimes, we get a delusional feeling that the next dive will be successful. A deceptive feeling of capability can overtake you in seconds. When you catch a big fish, but you need to let it go. It is not easy to leave your hunt or your favorite underwater rifle and rush on the surface. It’s not easy to even drop those few pounds of lead weights to which the diver may have overloaded his own buoyancy. But you should always know when its time to quit. Never bring yourself into a dangerous situation.

Avoid exhaustion and cold when spearfishing

Divers know this the best. Exhaustion and cold are two halves of the same problem. The deeper and longer your dive, the colder it gets. And subcooling will happen faster. Unfortunately, the diving suit does not protect against heat loss. It only slows it down. Loss of body temperature, at least to a certain degree, occurs always. And fatigue is the result of an intense wasting of muscle strength. Together they lead to exhaustion. When you are cold and exhausted mistakes happen more frequently. Caution is diminishing and small dangers become a major threat. Read about scuba diving under the ice here.

Meals before spearfishing and diving?

There are no strict rules on what and when to eat before diving. But the experience and physiology of digestion are confirming one thing. A diver should not eat at least two hours before diving. Eat some light, digestible food. Not overbearing but a caloric meal. Heavy food is difficult to digest and produce gases and cause burping. There is only one step from burping to vomiting. Vomiting underwater is an ugly danger.  Always hold on safe spearfishing rules.

Pressure affects the entire body, including the stomach. It pushes it backward, towards the spine, upwards. If your stomach is full, problems can arise. Those who dive have experienced vomiting or small puking underwater at least once. And vomiting in the sea while diving will attract lots of fish for a free meal. Not every diver will respond equally and calmly. Panic, even death, is possible. Which, unfortunately, the medical literature has already described.

It is important to be fit if you want to follow safe spearfishing rules. For demanding sports such as underwater fishing, you need to exercise. It’s not enough to just dive regularly. Drinking alcohol, except on rare occasions and smoking tobacco, is not appropriate for athletes. And it’s detrimental to underwater hunters. Besides muscle strength, dexterity and motor skills are very important. Which, in my experience, is good practice in all ball games. But kinesiologists can speak about it more.