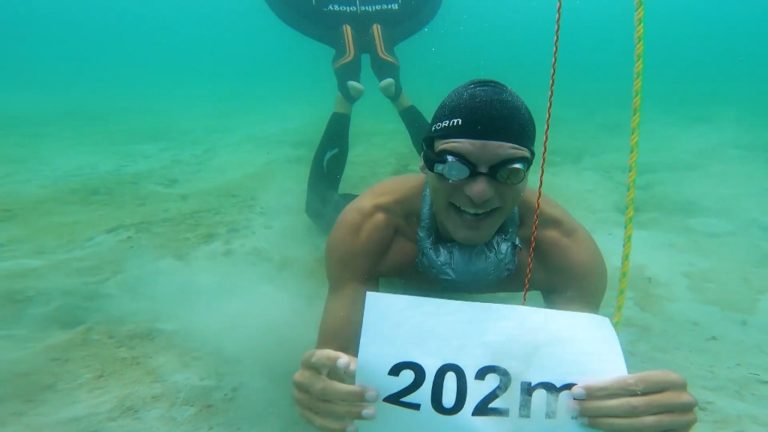 Danish freediver Stig Severinsen broke the existing Guinness record by diving 202 meters into the Cortez Sea near Mexico, holding his breath for a full 20 minutes.

With his feat, Severinsen added the entire length of the 25-meter pool to the record of Venezuelan Carlos Costa (177 meters) who set the record four years ago at the age of 40. By the way, Carlos Coste has held the record in this discipline since 2010.

Unlike world records in scuba diving set in pools, the Guinness record in long-distance diving is set in the open waters along Balandra Beach in Mexico. The current equivalent of this Severinsen record in the pool would be about 300 meters because diving in the open sea is much more demanding.

Severinsen will turn 48 in a couple of months, so this record is even more significant because the world-famous freedivers are much younger on the scene. It is interesting to say that he held his breath for 20 minutes.

However, 2020 revived something in him, and he stated: “I have long sought an opportunity to remind all of us how we should treat our planet. The place where I set the record in Mexico is unique and is considered by many to be the most beautiful coastal area in the world. Like many other places, it is threatened by plastic pollution and the human way of life in general. When the world was hit by Covid-19 almost a year ago, I was looking for a way to show that a pandemic is no excuse to forget our priorities or put our ambitions on standby. Just the opposite. That’s why I spent my time training and developing, so I send a message to everyone.”

Stig Åvall Severinsen is a Danish freediver. He is a four-time world champion and a holder of multiple Guinness World Records.

Underwater rugby; Have you ever tried this

Caribbean Humor Novel Returns Readers To The Quirky Side Of Paradise