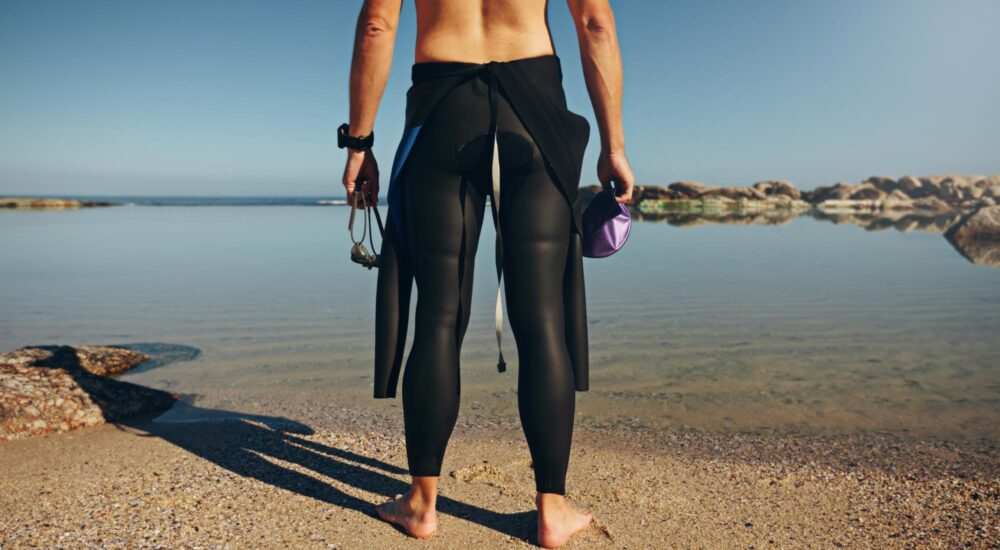 Man’s desire to go underwater has always existed, but a way had to be found to breathe underwater. From the initial use of a hollow cane to today’s modern diving equipment, a man had only one goal: to prolong the stay and make the stay as comfortable as possible, whether it is hunting for food, discovering sites, repairing ships, military purposes, or just about the need to observe underwater life.

In an effort to achieve his goal, a man had to cross a certain path, exploring and discovering new diving techniques and technologies. Since this is an environment for which man is not biologically destined, it was clear that we will not be able to achieve our goal without aids and appropriate equipment. The hollow reed made it possible to get to know only one small part of the sea world, but even that small view of the other world was enough for a man to understand what wonders and beauties await him.

The man was looking for a suitable solution. He used airbags, invented the first bells of the mask into which he brought to air, but the first solutions for safe diving came only after he scientifically determined how water pressure affects humans and defined the laws of physics. Diving only began to resemble today’s sometime in the late sixties and the beginning of the production of autonomous diving apparatus (Self-Contained Underwater Breathing Apparatus, abbreviated SCUBA)

Depending on the type of diving, the main diving equipment, without which comfortable and safe diving cannot be imagined, consists of a diving mask, fins, suit, gloves, buoyancy compensator, diving bottles, instruments, knife, weights, underwater lamp, and boots.

A diving mask is an aid without which there is no enjoyment of exploring the underwater world. What do you need to know when choosing a diving mask? You should choose a mask that best fits your face and that will prevent water from entering the airspace as much as possible. There are breath diving masks and Scuba (autonomous) diving. The difference is in the dimension and volume of the airspace.

There are also full-face masks that cover the entire face of the diver and allow breathing to the nose, as well as the installation of a communication device between the diver and the base station on the surface. It is mainly used for professional diving.

Snorkel is a piece of equipment that serves divers to breathe below the surface of the water. Although it is most often used for snorkeling, it is mandatory equipment and an essential part of every diver’s equipment. Because it is used before and after the dive to avoid consuming air from tanks, it is especially important in bad weather at sea…

The diving suit protects the diver’s body from scratches, animal stings, but its primary role is to prevent heat loss of the diver’s body. During longer stays underwater and at greater depths, divers are exposed to low temperatures, so for longer dives, you should not even think about diving without a suit. There are two types of diving suits: wet and drysuit.

Wet suits are made of neoprene material and adhere tightly to the body maintaining the diver’s body temperature. It leaks a small amount of water and is therefore called wet suits, but that amount of water between the skin and the suit heats up very quickly and becomes a thermal insulator.

Drysuits completely prevent water from entering. They have a compressed air connection and can be inflated, thus serving as an additional buoyancy compensator. Under the drysuit, a sub-suit is worn which is a key factor in ensuring good thermal protection. Although dry suits are much better thermal protection than wet suits, for their use it is necessary to complete a special specialist course to learn how to use them properly.

The diving regulator consists of the first and second stages. The first stage has the task of reducing the pressure from the bottle to 9 bar. The second stage regulates itself to the ambient pressure, allowing the diver to breathe freely. It is important to maintain diving equipment regularly, and especially it’s most sensitive part – the regulator.

The buoyancy compensator is intended to reduce the need for the diver to ensure buoyancy by fin operation. The buoyancy compensator contains an air bubble (bag) whose filling and discharge divers compensate for the difference in buoyancy. It is connected to the regulator so that inflation is possible at any time. It is equipped with an air discharge system and safety valves for overinflation. It is mainly in the form of a vest to which bottles are attached, a regulator, alternative air tanks, various accessories, and on some weights.

Diving tanks are used to store and transport air under high pressure. We fill the bottles with compressed air via a special compressor. The bottle should be regularly attested and inspected. They should always be stored upright with inhalation gas at a pressure of 10 – 20 bar. This reduces the oxygen concentration, which means oxygen-related corrosion.

Weights – Divers carry weights to overcome the buoyancy created by other equipment they use (suit and bottles). It is mainly a series of lead plates on a belt that buckles around the waist or a version with a belt with containers in which weights are placed in the form of bags filled with lead balls. The belt is fastened with a buckle that allows quick unfastening and removal of the belt in case of emergency.

It may seem to some that the knife is not such an important piece of equipment, but it has a very important role in the safety of divers. Its main purpose is not self-defense against monsters, but so that the diver could get rid of nets and fishing ropes if he gets entangled in them. A knife is also a great tool for underwater communication between divers by giving audible signals by tapping the knife on a hard object, such as a diving tank. Divers place it on the equipment and on themselves in various ways and various places, but the most suitable place to carry a knife is the inner side of the lower leg, which makes it easily accessible, but also the least likely to get stuck in something.

Today’s diving equipment provides a very high level of safety and makes diving easier, but let’s not forget that it is a foreign environment for people and that we must accept certain rules of conduct.

How to make money as a night diver

Can scuba diving bring you enough income for a living?