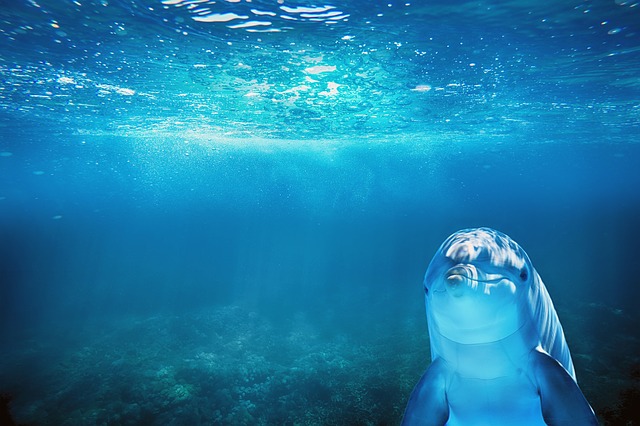 Researchers believe that dolphins are much more similar to humans than we previously thought and have a personality. For those who have ever watched monkeys (our closest evolutionary cousins) in the wild, at the zoo, or on television. It is obvious that in many ways their personalities mirror our own. Scientists like Dr. Blake Morton, a psychology lecturer at Hull University, suggest that such similarities also exist between humans and dolphins.

To test this idea, Dr. Morton and a team of other researchers studied the personality of bottlenose dolphins. They hypothesized that if factors such as intelligence and sociability contribute to personality, dolphins should have similar personality traits as primates.

Researchers have found that dolphins, like primates, have personality traits associated with curiosity and sociability. Especially with the openness and personality trait that is a mixture of extraversion/agreement. Dolphins have very low neuroticism. Which means they are creatures that control their emotions well. And that is certainly the quality of intelligent creatures. We also know that dolphins, like many primates, have a brain that is significantly larger than what their body requires for basic bodily functions. This excess brain matter basically drives their ability to be intelligent. And intelligent species are very curious. This is how humans communicate and create relationships with a wide variety of people throughout their lives, and so do dolphins with each other. Collectively, being smart and sociable, no matter what ecosystem you live in can play an important role in the evolution of certain personality traits.

A study by this group of scientists called “Personality structure in bottlenose dolphins”. Tursiops truncatus began in 2012 and was published this year in the “Journal of Comparative Psychology”. The authors collected data on 134 dolphins (56 males and 78 females) from different countries including Mexico, France, the United States, Curacao, the Netherlands, Sweden, the Bahamas, and the Cayman Islands.

The study clearly indicates that dolphins have a pronounced personality. A character whose characteristics are very reminiscent of human traits and give a new insight into how our personality traits could have developed. However, Dr. Morton emphasizes that this is just the beginning in terms of identifying the full range of traits that dolphins exhibit. He also said it is vital that researchers conduct further research because. Not only will it lead to a better understanding of the species that live in the depths of our oceans, but it will lead to a better understanding of ourselves.

Thank you for reading, click here to read about the underwater museum in the Mediterranean Sea.